A creative idea is simply two or more seemingly unrelated notions that, when brought together, form a novel new notion to you. That's all. Creative ideas are combined notions.

However, you cannot simply connect random notions at any time and present them as ideas – unless you are insane. Your mind needs to control the process in order to build the right ideas at the right time and reject inappropriate ideas that could lead to embarrassment or worse.

To do this, your mind employs a creative team. Allow me to introduce them to you.

The principal member of your mind's creative team is the creative spider who, I'd like to point out, is not of the poisonous variety. Rather, she (or he, if you prefer – it is, after all, your spider) is a soft and cuddly spider of the sort you might find in a Disney cartoon.

The creative spider's job is simply to weave webs across your mind; with each strand connecting to a notion. The spider brings the various notions together to form potential ideas for your mind to consider. If a potential idea is determined to be no good, it is rejected. If it has the potential to become a good idea, it is built up further.

Once she puts together a good idea, she will release aha hormones in your mind which may cause you to want to shout out “aha” or something similar.

Unfortunately, the average person does not allow her spider to spin its net widely. Rather, the net is restricted to the part of the mind where notions relative to the situation are filed away. For instance, if I ask the average person to suggest creative uses for an empty shoe box, the spider in her head will spin a web that connects to notions about boxes, storage, cardboard, shoes and other shoebox-like things. The resulting ideas will be moderately creative, but not knock-your-socks-off creative.

If you want super creative ideas, you need to let the spider spin a web that connects to a far more diverse range of themes, like houses, transportation, confetti, people, rectangles, ice, that cute new accountant, the TV show you watched last night, dinner and so on. The less related to each other the notions are, the easier it is to come up with truly creative ideas.

This is something exceptionally creative people do naturally when looking for ideas. They allow their spiders to spin a wide webs connecting all kinds of diverse notions.

If you are not naturally highly creative, this is something you need to learn to do. A great way to do this is to meditate on your situation (as described earlier) and bring a variety of random elements into the situation. Then, when the spider is spinning its web to find and test ideas, it will connect the a broader range of notions inspired by those random elements and varied perspectives of the situation. 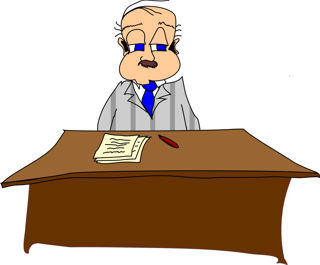 Your mental bureaucrat is much like bureaucrats in the real world. He is detail minded, ensures processes and rules are followed to the letter and severely discourages you from performing inappropriate actions.

The bureaucrat reviews ideas formed by your spider and rejects those that might cause embarrassment or worse. He is the one who prevents you from drinking too much at the office Christmas party and dancing naked on the table. He understands that such an action would be deeply embarrassing and would not do your promotional prospects any good!

At the less extreme end of the scale, he is the one who prevents you from suggesting a crazy, creative idea at a staff meeting.

“You don't want to suggest that in front of your colleagues,” he might advise. “They will surely laugh at such an idea.”

Sadly, such bureaucratic thinking can inhibit creativity for reasons I trust are obvious!

Interestingly, highly creative people seem to have incompetent mental bureaucrats, at least when they are focusing their thinking on their area of creativity (a composer writing a song or a novelist thinking about plot, for example).

It is as if the bureaucrat has taken off his suit-jacket, loosened his tie, put his feet on his desk and started reading a newspaper. Whenever an idea comes his way, he simply says “Yeah, whatever.” and lets the idea pass irrespective of how absurd it might be.

This again gives naturally creative people an advantage over average people. If someone employs a spider that spins wide webs that build ideas from widely varied notions and then passes these ideas to an incompetent bureaucrat who approves almost all ideas, it is clear why that person will find it easy to be creative when others struggle to be creative.

This also explains why creative people are often eccentric and rebellious. Their mental bureaucrats do not warn them about the potential embarrassment or consequences of such behaviour.

You Can Bribe Your Bureaucrat!

How do you communicate this to your bureaucrat? When you want to build creative ideas, simply tell yourself that you only want crazy, silly, insane ideas; and that you do not want boring, conventional ideas. Then as you build ideas, if you sense a predictable, boring idea forming in your mind you must kill it immediately and ruthlessly. This sets an example for your mental bureaucrat to follow.

It is important to note that this goes against the advice of most creativity experts, that you must accept all ideas, criticise none. This advice seems logical, but it is wrong. If you tell your mental bureaucrat to accept all ideas, he will pretty much function as it usually does. Instead, you need to make it clear that boring ideas are not wanted, only zany ones are. 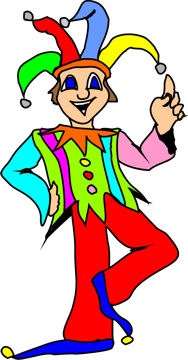 Your boyfriend says he is going out with a few old school friends and won’t be late. The the clock passes midnight and he’s still not back. A little voice in your head says, “he’s with another woman and having lots of fun and she’s prettier than you!” That is your provocateur's voice.

You are in a staff meeting when a crazy idea comes to mind. As you debate whether or not to suggest the idea, you suddenly have visions of everyone laughing at you. You imagine your division head saying, “that is the stupidest idea I have heard this month, idiot!” You keep your mouth shut. Again, that is your provocateur at work.

In the example I gave earlier, in which you are charged with developing an on-line shopping site for a fashion boutique, your provocateur may give you scary visions of why your ideas for shared shopping experience will fail; how your customers will surely not like your original approach to shopping and how your boss will fire you for having such a stupid idea.

Are you familiar with such creative doubts? If so, you know your provocateur well. But do note the creativity the provocateur uses to build doubts. Imagine how much more useful she could be in building ideas! Fortunately, you can get her to do this for you.

Train Your Provocateur to Provoke Your Creativity

Your provocateur does not need to work against creativity and originality. She could work to provoke you to be more creative and more outrageous in your thinking.

Train your provocateur to tell you that your ideas are not creative enough and will bore your boss. Train her to question assumptions (why does our product need to be in a rectangular box? Why do we assume our market is exclusively pregnant women?). Train your provocateur to throw random, unrelated information into your transcendental situations in order to make you think.

What do you think of the three chapters above? I'd value your feedback, comments and even corrections of typos! Use this form to contact me. Thank you!

Subscribe to Report 103 to get each new part of Cosmic Creativity mailed to your inbox!