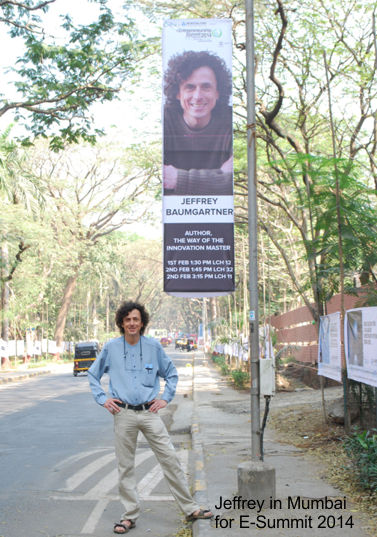 These days I am an author, keynote speaker and workshop facilitator specialising in creativity and innovation. I've spoken and led workshops for businesses, governments and non-profit organisations in North America, Europe, Asia, Africa and the Middle East for organisations as diverse as a leading multinational biotech company to the Prime Minister's office in Dubai.

My background is eclectic and multinational, which has given me a unique perspective on life, business and culture. This has fuelled my own creative mind and enables me to share those perspectives with readers and my audience.

In no particular order, I...

Unlike many other creativity consultants, I have not got an MBA, have never been employed by a Fortune 500 company (though have had a number of them as clients) and do not get regular haircuts.

What can I do for you? Contact me and let me know!

Why we have moved to creativejeffrey.com