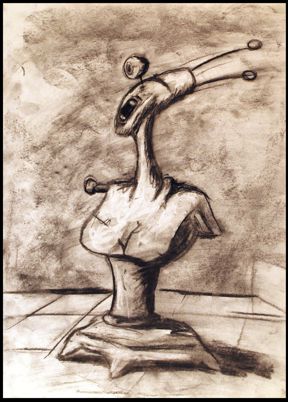 11 Implications of the Simulation Hypothesis

Have you heard about Simulation Hypothesis? It is a hypothesis that states that it is highly likely that we are living in a highly sophisticated computer simulation created by more advanced beings, most likely our future (from our perspective) selves. It is as if we were inside a computer game that is so realistic, it is indistinguishable from reality. If the hypothesis is true, it has some mind-blowing implications which are both fun to ponder and provide the brain with a healthy dose of creative exercise. We'll get to those in a moment. Fist, a little background.

In a nutshell, the Simulation hypothesis (also sometimes called the simulation theory and the simulation argument) states that it will eventually be possible for us to replicate the human mind in software code. By the time this is possible, advances in computer processing power, memory and storage will be so great that it will possible to create software programs complete with simulated worlds and simulated people with simulated minds. The simulation hypothesis states that if creating such simulations is possible and relatively inexpensive, than it is probably that our future selves (or other beings) would create many such simulations. Statistically, if there is only one reality and many simulations (each of which is indistinguishable from reality), it is more likely that we are living in a simulation than in reality.

It's an intriguing hypothesis, though it is based on a couple of big assumptions, which I will not argue here. Wikipedia has a good summary of the hypothesis and links if you want to know more. You can also read more here.

Apparently, the possibility that we are living in a simulation has caught the imagination of a number of Silicon Valley's elite, most notably, Elon Musk, who has spoken about it on occasion. It is also rumoured that at least one filthy rich tech entrepreneur has hired a scientist to work out how to break out of the simulation.

The thing is, I am not sure the tech entrepreneurs in question have thought through the implications of simulation theory. They are profound and suggest we might not want to break out of the simulation. Let's explore some of those implications.

When the press writes about the simulation hypothesis, they often cite the film The Matrix to illustrate the hypothesis. However, The Matrix is something a little different. If you have seen the film, you will know that it is about a reality in which the entire human race is plugged into a vast computer and living in a simulation controlled by an evil computer. In fact, simulations have been explored by science fiction writers, and with more creativity, for years. Arthur Clarke's The Lion of Comarre, for example, was written in 1949.

But I digress. The Matrix describes a direct connection between living people and virtual people. Every living person is plugged into the Matrix and has a corresponding virtual self. Thus, breaking out of The Matrix would imply that those plugged in would become conscious and revert to living in the real world.

However, the Simulation Hypothesis does not suggest that we are all plugged into a Matrix or computer dreaming a single shared reality. Rather, it implies that human minds are copied by highly sophisticated computers, and converted into software code. The software code is living in the simulations while the real people live in the real world. Moreover, individuals, in the form of software code, could and probably would exist in multiple simulations.

It we are living in such a simulation and somehow manage to break out of it, you and I (as software code in this simulation) would cease to exist. However, copies of us might well continue to exist in other simulations and the real us would hopefully exist in reality − which I define as being biological beings in the physical universe.

2. You May or May Not Exist in the Real World

Or, you may not exist in reality. You may simply be an artificial creation that exists only in this simulation. Perhaps we are in a simulation that explores human breeding or evolution by creating artificial gene combination. So, if the simulation stops, there would be no corresponding you in the real world. You really would cease to exist.

Alternatively, maybe the you in reality is copied multiple times in this simulation, but each copies has significant diferences.You might exist as an American innovation consultant, a German politician, a Nigerian teacher, a Japanese baby and a Russian soldier, for instance. Each of them different, but each of them based on the software code of you.

Or, let's take this a little further. Perhaps this entire simulation is built upon simulating a single mind − yours − and creating seven billion variants of your mind. In other words, every single person in this simulation is, in fact, you. If it is possible for our future selves to create simulations, this model is also entirely possible.

3. A Scientist May Not Be Best Choice

As noted, it is widely rumoured that at least one Silicon Valley entrepreneur has hired a scientist to find a way to break out of a simulation. If true, I have two problems with this. Firstly, breaking out of the simulation might not be a good thing. It could result in our simulated reality coming to an end which, in turn, might cause you and I and everyone else to disappear.

Secondly, while I have great respect for science, I am not sure a scientist is the right person to be working out how to break out of a simulation. Arthur Clarke is famous for stating, "Any sufficiently advanced technology is indistinguishable from magic." This is true. Imagine a group of people from 200 years ago being given a functioning Smartphone. With training and experimentation, they might be able to learn the basics of how to use it, but much of it would be a mystery. A scientist could take it apart and examine in minutely, but she find little more than tiny pieces of metal and a mysterious substance unlike anything she had ever seen: plastic. But she would never be able to determine how the telephone works and her attempts to do so would be partly blinded by her knowledge of science contemporary to her time. As far as she and others from that time are concerned, a smartphone is magic.

I would also look to the insane, especially schizophrenics. Perhaps there are people who have a direct mental connection between this simulation and reality and perhaps it is simply too much for them to cope with.

Perhaps climate change got completely out of hand, the Earth has become largely unlivable and the creators of the simulation are living in miserable conditions, so they create simulations in order to be in a better place. If so, this would be another reason not to want to break out of the simulation. The real world may be far worse than the simulated one.

Perhaps aliens have landed on a burnt out Earth that was destroyed by nuclear war, the sun going nova or a collision with a massive asteroid. Using remains and DNA, the aliens have reconstructed humans in this simulation in order to understand us.

Perhaps some kid was playing around with his mother's computer, created this simulation and then forgot about us.

It is very possible that this simulation was created just 10 minutes ago. However, we were created with memories of our pasts and our world was created with evidence of having existed for billions of years.

Likewise, the simulation might end in 10 minutes and we would never know it. We would suddenly cease to exist. So, you should probably read quickly to ensure you can take in this entire article!

6. Maybe You Were Different Yesterday

The closest thing we have to simulations in our world today is probably massive multiplayer online games (MMOG). The people who run MMOGs and their worlds tend to tweak and improve their platforms regularly. It is therefore likely that those who run our simulation do the same thing. They may continuously improve the platform in which we exist. Perhaps you feel love or anger more strongly today than you did yesterday because the coding associated with emotions has been tweaked.

If the purpose of the simulation is a study, it is possible that there have been greater changes on a regular basis. Maybe yesterday, you were starving and living on the streets. Maybe you were the richest person in the world. Today, you are someone completely different. This change might have been made to study how such changes in your circumstances change your personality.

So, why do you not notice the changes? Because your memory has also been changed to correspond with the changes. You may have been a famous artist yesterday. Today you are you − and you have a new set of memories based on who you are today.

The beings who created thissimulation might not be future humans. They might be something else entirely. Perhaps in the real world, intelligence evolved in the cat family rather than the primate family. One day, a cat-being student decided to run a simulation to study what  the world would be like if intelligence arose in the primate family. The cat beings might even find the results humorous. Our life style might be a complete joke to them.

Alternatively, perhaps beings so radically different from us, we cannot imagine them, created the simulation as an experiment of some kind.

Engineers tend to strive for efficiency. And there would probably not be much point in maintaining parts of the simulation devoid of people. Close your wardrobe door and maybe the inside of it disappears. Open it and it reappears. Stand in front of the bathroom mirror and look at yourself. Turn your back to the mirror and it might disappear along with your reflection.

Ride a boat across the ocean and it is possible that beneath the ocean surface is nothing. What is the point of simulating it if no one is there to see it? But dive into the ocean and the simulation recreates it.

11. The Truth Does Not Matter